Meet the professional engineers with over 60 years of collective music mastering experience. 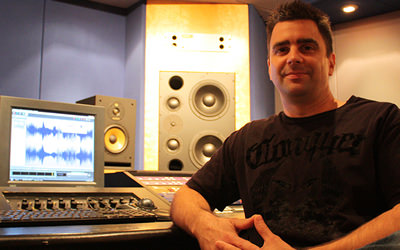 Playing in bands as a teenager and always being the one in the corner recording demos on a four track cassette recorder led Brian to a 2-year recording program at The Art Institute of Philadelphia. After graduation Brian joined Disc Makers in The SoundLAB (after a brief and memorable stint in the packaging dept. running one of the automated CD packaging machines), burning CD-Rs and transferring masters for cassette duplication. Since joining The SoundLAB in 1994, he has mastered thousands of projects in every genre of music. 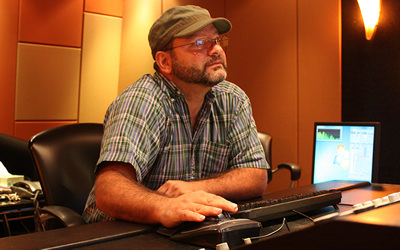 An engineer with The SoundLAB since 1990, Dave has mastered many projects during his time here. Some, you may have heard about, but most of them were — and continue to be — independent artists (like you!). Dave was brought up on Gospel, but loves all musical styles and has had success in working with just about all genres of music and recorded content (although he’s a little rusty with turkey-calling!). Whether you are The Budapest Symphony Orchestra, Pizzacato 5 or Dirty South Scrimf Huslaz, Dave takes the same care when mastering your project, it does not matter who you are. 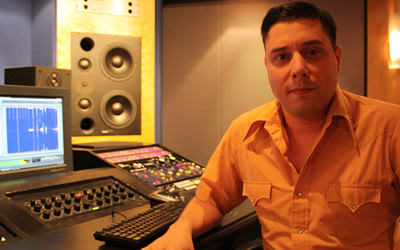 Tom graduated from Duquesne University with a Bachelor’s degree in Recording Arts and Sciences. Before joining The SoundLAB mastering team in 1996, Tom interned at Digital Dynamics Audio and developed his craft under the mentoring of Frank Rodriguez. “Being a musician and an engineer, I approach mastering from 2 points of view. There should be an organic feel in your album, but it needs to be scientifically correct.” Working on thousands of albums, Tom has one goal, “Bridge the gap between what you have and what it could be.” From hip-hop to rock, mariachi to bluegrass, classical to spaghetti western, Tom listens to and works on it all.

Ready to take your sound to another level?